This month not much work has been done on 35.  The main thing this month is that 35 was on display at the 2010 Classic Motor Show held at the NEC in Birmingham and received lots of nice comments from people over the four days of the show. Explaining how 35 would have looked with the van body brought back a lot of memories from some of the older generation as they could remember the vans doing the rounds when they were children.

The best news from the show was that I managed to find some replacement points for 35, the back plate is not quite right but it’s the right OD and with a bit of machining can be made to fit with no real problems. The one odd thing with 35 at the show was while I was talking I notice a bulge on the front tyre thinking that’s odd I bent down to have a better look and found the canvas had split on the other side about six inches. This was always going to be the problem with the front tyre as it was fifty years old before it was even fitted, and it did not help in the fact it had been stored wrong as well. All is not at a loss though as a friend of mine has a 400x18 mine is fitted with 450x18 but it should not hurt on the front.

35 at present is hibernating during the winter but will be out soon and hopefully running.

Have a great Christmas one and all 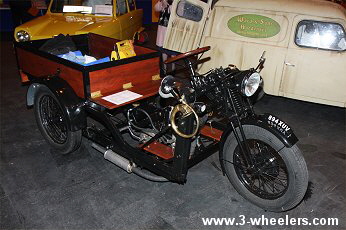 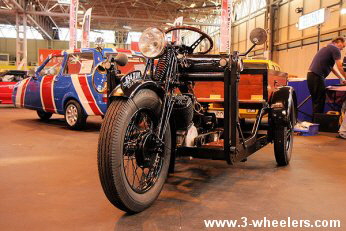 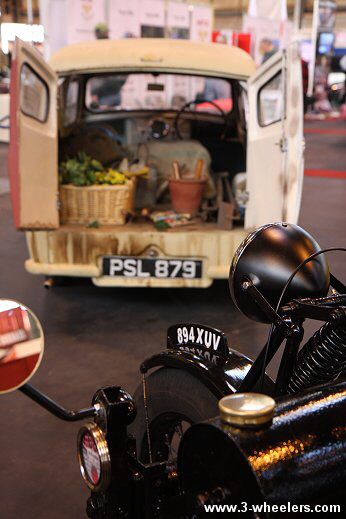 35 arrives at the NEC

35 on display and pulling the crowds